I don’t know about your Mom but my Mom used to say if someone grows facial hair intentionally, they’re hiding something. Hmm…

As you may remember Natureman started growing a beard while in the hospital after his operation. Being on blood thinner and shaving weren’t exactly a good combo and if truth be told it was a good excuse as ever not to shave and so began his full beard.

It was my first time to see Naturemam with facial hair except maybe a little shadow. Some family members  nicknamed Santa Zayde while others commented he looked just like the guy in Fiddler on the Roof, Tevye (Zero Mostel). Since  Yefet, his brother-in-law had given him a black beret which he wore all the time, he really did share a resemblance to Tevye. People complimented him a lot. I wasn’t so keen.

I guess the growth was starting to bother him and he offhandedly mentioned about possibly getting rid of it. I must admit I didn’t protest.  Well, as of Sunday Tevye has left the house and my younger looking Natureman with a clean shaven face has returned. 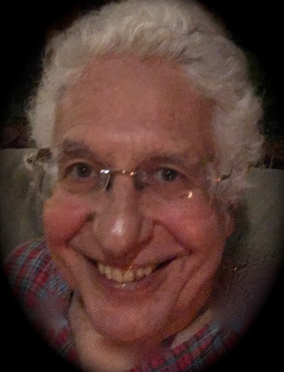 I raked it in this Valentine’s Day as I received a new addition to my orchid collection in addition to roses. 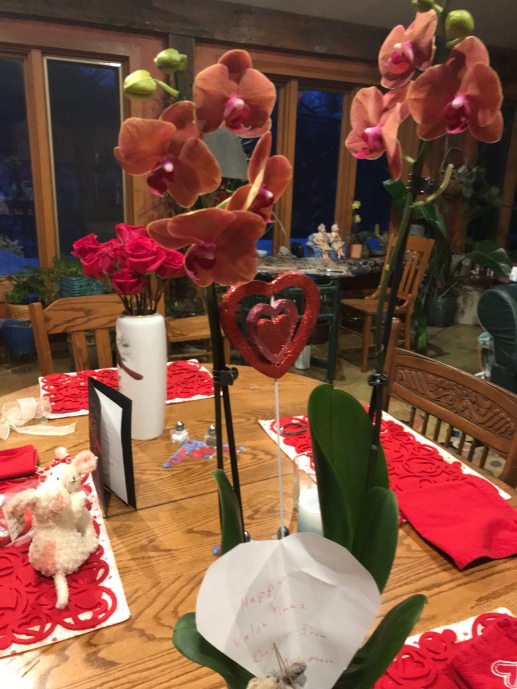 How lucky can a girl get?  If you’re wondering who is at the base of the plant that’s  my country mouse… This city mouse certainly appreciates her country mouse for adding flowers to this -6 degree winter day!

Do you want to share your February blooms? Send them this way.

It’s always fun to look back at holiday pics from previous years. This from Fort Myers February, 1987. Boo Bear is still in the oven for another 6 weeks. Ms L is 5 . You do the math.

It was always fun going South to escape the Midwest cold since we were living in Iowa at the time.

Have any past Valentine’s Days  to share? Please do.

Nowadays bullying stories litter our news.   Natureman and I were discussing some on- line teenage bullying articles we had read that day; senseless, mean acts with onlookers who do nothing to help the victim/ even help videotape the actions. Carefree, laughing individuals who think they don’t have to suffer the consequences of their actions. People are feeling so emboldened, aren’t they?

One story dealt with two high school girls purposefully tripping a mentally  challenged student causing both physical and mental anguish for the victim. This time these two perpetrators were not getting  off scot free as a suit had been filed. Good, we agreed.

I had something happen to me the other day when I was driving home on a familiar south side 4 laned main artery littered with strip shopping, Wal-Mart and the final gas station. That same road becomes a 2 lane highway.  The speed limit varies from 30-40mph by the businesses and eventually turns into 55mph.  Folks tend to speed up early but they also decide at the last minute to stop for that forgotten grocery item/ gas and don’t always signal.

Well, you get the picture…

Anyhow, I was jarred hearing a horn blaring. Glancing in the side and rear view mirrors I look to see what the issue was. I see nothing amiss. Then, the big black pickup truck behind me honks again. “What? What’s the problem?” I utter aloud as I have no clue. Maybe something was wrong with my car. Should I pull over? I turn on my blinkers, slow down a bit and then decide against it since the shoulder wasn’t large enough, so I stay in the same right hand lane. The truck driver switches lanes and slows down next to me gives me the finger angrily, mouthing something. I know this may sound strange but I have never personally received nor given the bird and it rattles me.

The more I think about it, the more upset I become. Like seriously, I was going the speed limit which obviously wasn’t fast enough for that pickup truck driver. I watch as the his black truck passes the car in front of me but then becomes sandwiched between two slower moving vehicles. A couple miles  later once on the highway I see the truck hasn’t passed the slower moving car in front of him maybe because of on coming traffic.  I smile thinking he’s having to go slower than he’d like, a mile later he turns into his driveway. Yeah, I now know where he lives and I pass it every day.

En route home I diffuse a bit and decide when I get a chance, I’m going to write him a note. Remember I know where he lives… The next day I have some time and I write that note. I mention the intentional left space I leave between me and the cars in front of me, how his honking caused me to slow down, worrying that something was amiss, that he should keep both hands on the wheel and how his anger was rewarded with karma having to slow down being behind a slower moving vehicle. After writing “Have a Great Day” I added, “Karma’s a bitch, isn’t it?”  I felt so much better… I wish we could solve everything with a note, don’t you?

P.S. That’s a stock media photo, not of his house… You don’t think I m stopping to take a photo, do you?  BTW his mailbox is on the opposite side of the highway.

Trump’s administration is now targeting our Hmong and Laotian populations who are not citizens but came here as refugees. Included are also those who were denied citizenship due to criminal records but have served sentences.
The State Department has  deportation lists compiled. Many on that list were born in this country and don’t even speak the Laotian/ Hmong language.
Can you imagine how frightening it would be if you/ a family member would be on that list?
Here is a link to a Wisconsin Public Radio’s program on the issue … Hmong deportation to Laos
We must support our Hmong/Laotian community members.
This week our community dinner happens to be at the Hmong Community Center in La Crosse and we will be there to give our support and begin a conversation we never thought we would have to have…
We can not stand idly by… These people were an important part of our military history in Viet Nam. We owe them big … 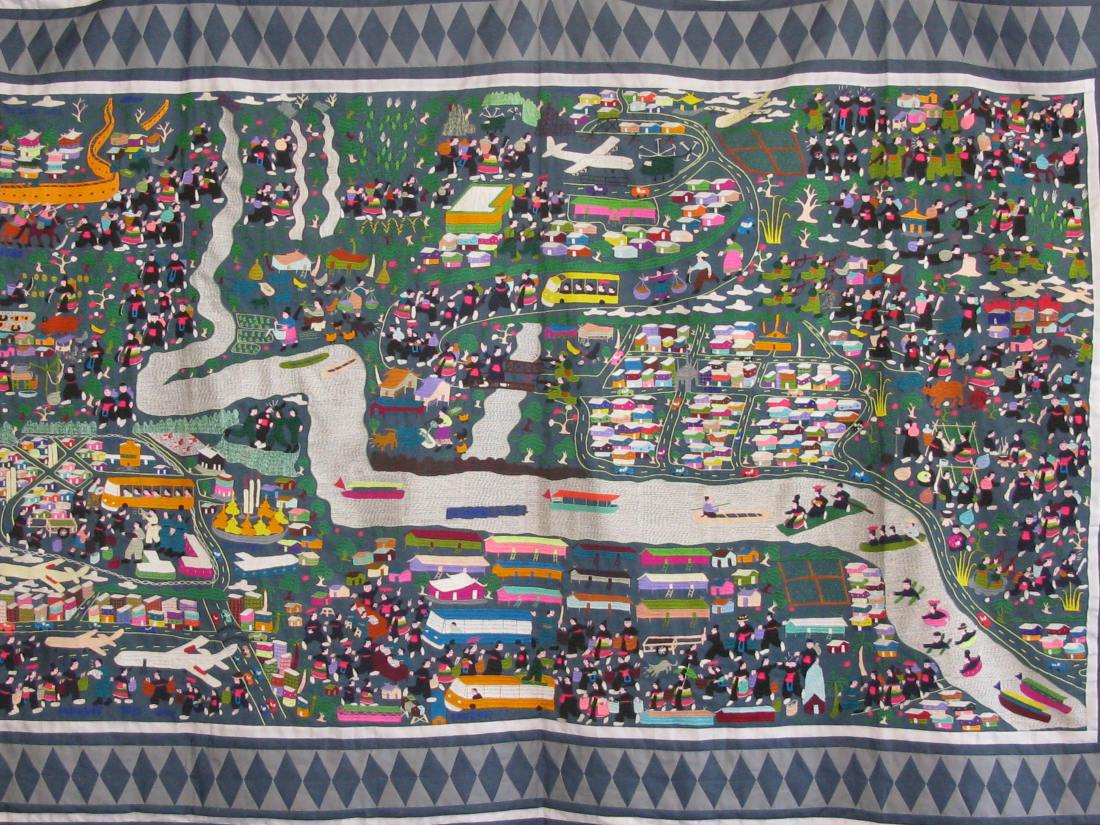 I just received a reminder from WordPress that in March I’m approaching a one year anniversary with 200 + postings. Yahoo. BUT since I haven’t ever mastered their customizing and my frustration level has peaked, I’ve decided to save my money and spend more time writing and taking photos than figuring out their spacing.

So dear readers here’s a heads up – I will be returning to Blogspot in March where there is no charge and the learning curve is less demanding without a fee. I think my space is still there but I will double check and pass on my address as the time nears…

Meanwhile here’s a pic of our Monday am. even the barn looks cold blanketed in a weekend new 8 ” of snow.

Have a good week! 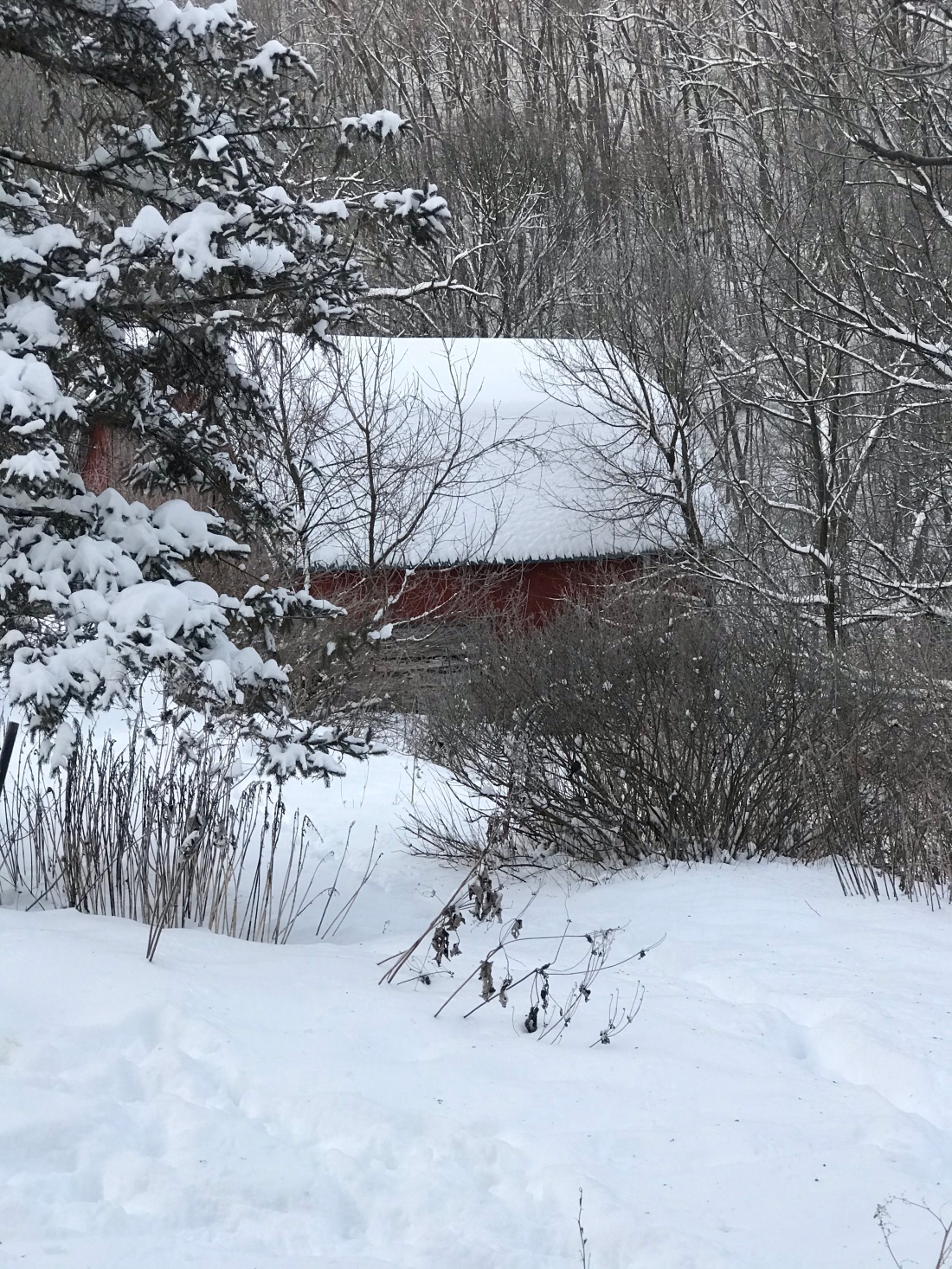 Last Friday afternoon we had a nice treat having one of Natureman’s nephews  and his GF come visit us here in the End of the Rainbow Valley.

It’s always refreshing to speak with young people who are just starting their careers and pursuing their passions. They both work as nurses at Mayo in Rochester.

Thanks for taking time to come see us. Come back anytime! 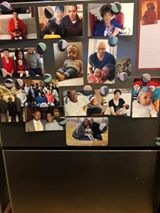 Did you see  FOTO FRIDAY: PICKED TO THE BONE?

Life in the End of the Rainbow Valley
Blog at WordPress.com.